gDNS is versatile by design. There are a number of ways you can use gDNS clustering solution to achieve the result you want, the way you want.
Shown below are a few sample scenarios that can be referenced to setup your own gDNS cluster

In this scenario, there are no Edge servers or Failover Controllers. A single gDNS Controller and multiple Transfer servers.
This is the simplest configuration. Transfer servers are being used as the primary DNS server for the domains hosted in them. 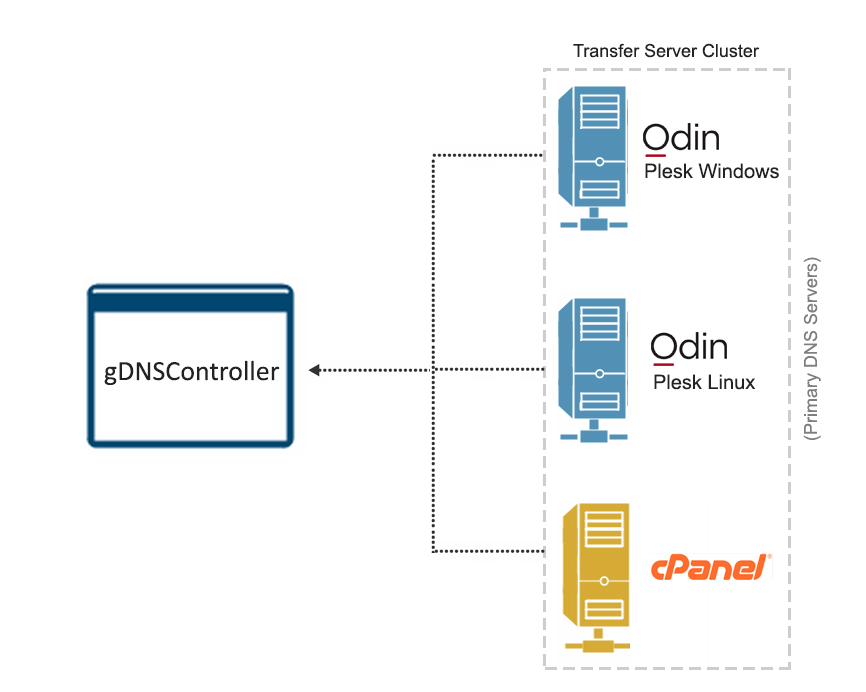 This scenario is similar to scenario 1 except that the DNS cluster redundancy is increased by the addition of Edge servers
Edge servers receive DNS records from the Controller. They also acts as the name servers for the domains. 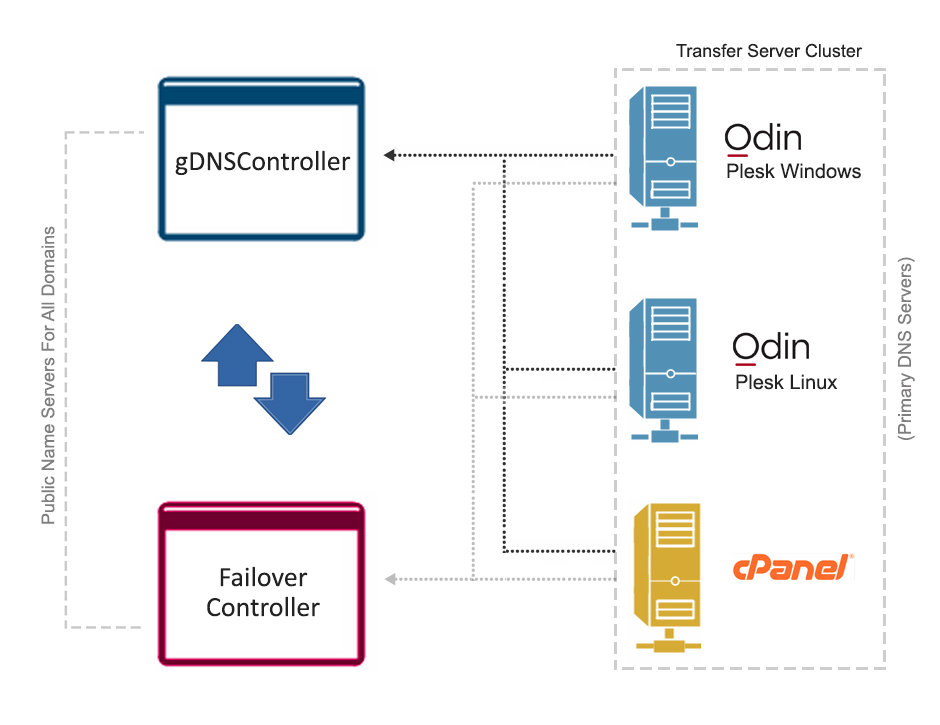 Pros : Additional Controller can still receive updates in case the other one fails
Additional controller acts as Edge server also, meaning good redundancy
Cons : The cluster redundancy is limited by two servers as there are not additional Edge servers being used

This is the ultimate solution which will combine features of all the previous scenarios, you have two Controllers making sure that the DNS updates are processed even if one Controller is down, and adding the additional Edge servers makes the set up even more redundant.

Both the Controllers and the Edge servers can act as the name servers that means the best redundancy is offered. 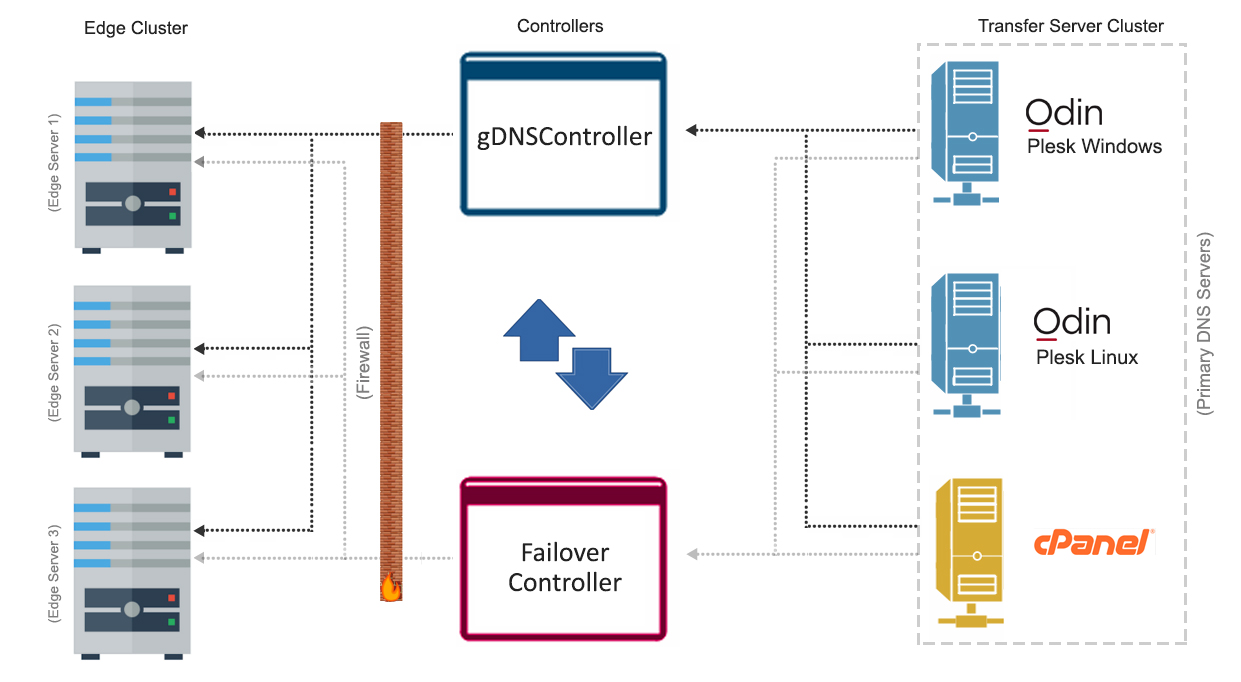 Pros : Best DNS redundancy
Presence of Failover controller makes sure that the zone updates are processed if one controller is down

How to install gDNS Controller server

How to setup gDNS Controller To install the gDNS controller follow the instructions below:  *...

How to install gDNS Failover Controller

How to setup gDNS Failover Controller To install the gDNS failover controller follow the...

Getting started with Admin-Ahead gDNS cluster

Admin-Ahead gDNS cluster is an advanced DNS clustering solution that allows you to have the DNS...